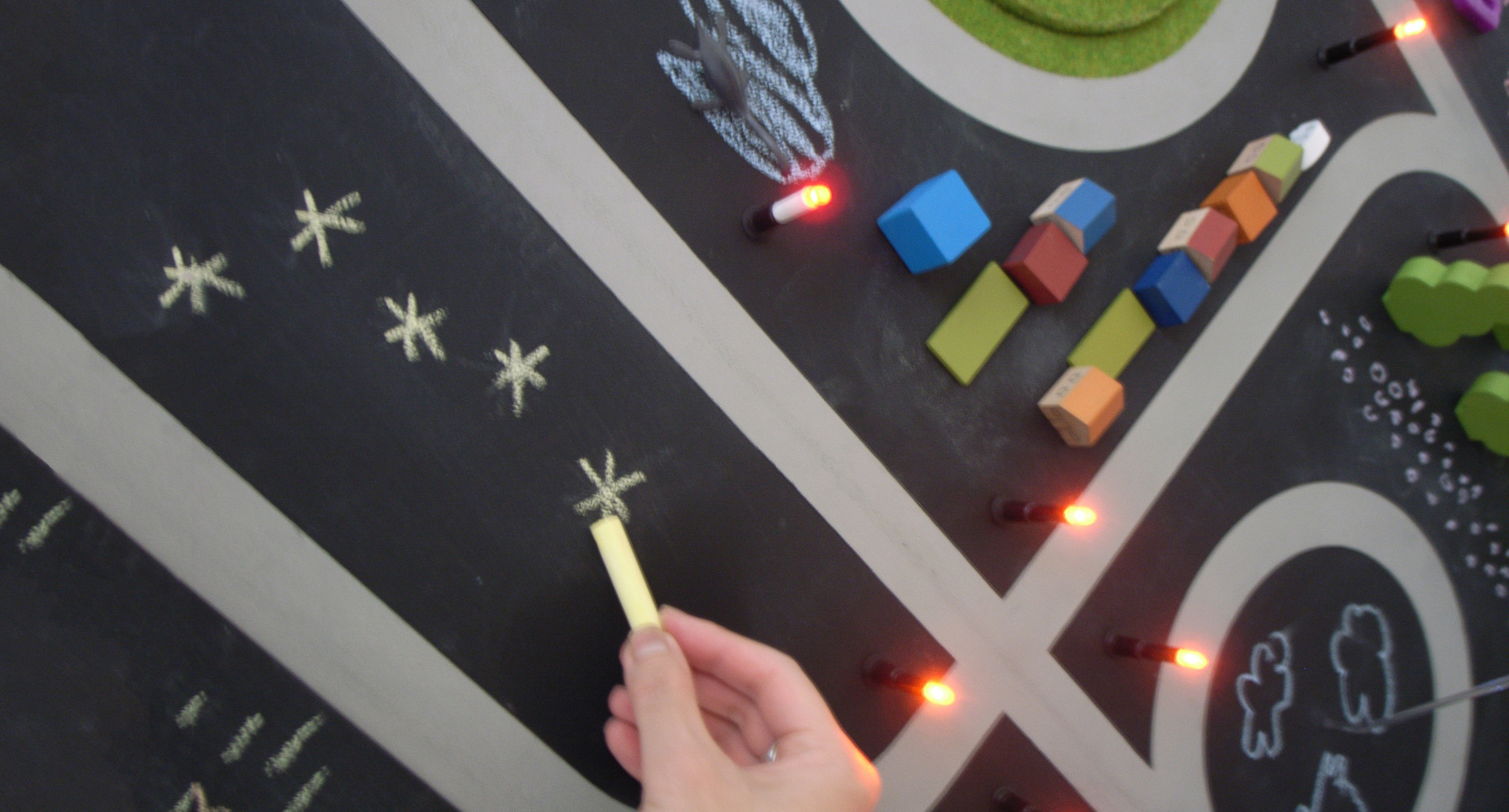 Description
Plable is a table, which has a normal tabletop and an imaginary world on the underside.
With this table, children can build their own imaginary world on the underside of the table, which is their secret special place, with opposite gravity. Adults can use the surface of the table as usual.
The movement, such as moving tea cups, that happens on the tabletop will be a trigger of the happenings on the underside. They can show children some exciting tricks and do their own things at the same time.
The connection of the surfaces gets children and parents together. It also might help children and adults to play together more often through their normal activities in the everyday environment.

The concept
The idea comes from my old memories. When I was a child, I like to put sticker everywhere in the house. My father hated it and took off all of them when I was sleeping. However, one day, I realised there were some stickers left the underside of the table, then started to think of that as my secret space. Since then, I put many stickers on the underside and tried to create my world.
As can be seen with this experience, there are some children's territories in a house, and normally they are in very low level or narrow places, in other words, these are places that are too confined for adults, and they rarely look in.
I have another experience expanded this idea. When I played with a child, once they like one play, they keep asking to do the same thing again and again. It is sometimes difficult to have my own time to do something relaxing when I have a little child around me. When I started to look for the way that kids and adults play together, I wanted to give parents some space to do their own things to treat themselves, like reading papers or having a cup of tea.
Then, I started to design this table based on these experience to create a space to share time and experiences peacefully.

The first road plans on the underside of the table world

Prototype
I believe in the prototype and real experience with tangible objects. I spent two months to build the Playble to put at the Summer Show 2006 at Royal College of Art. 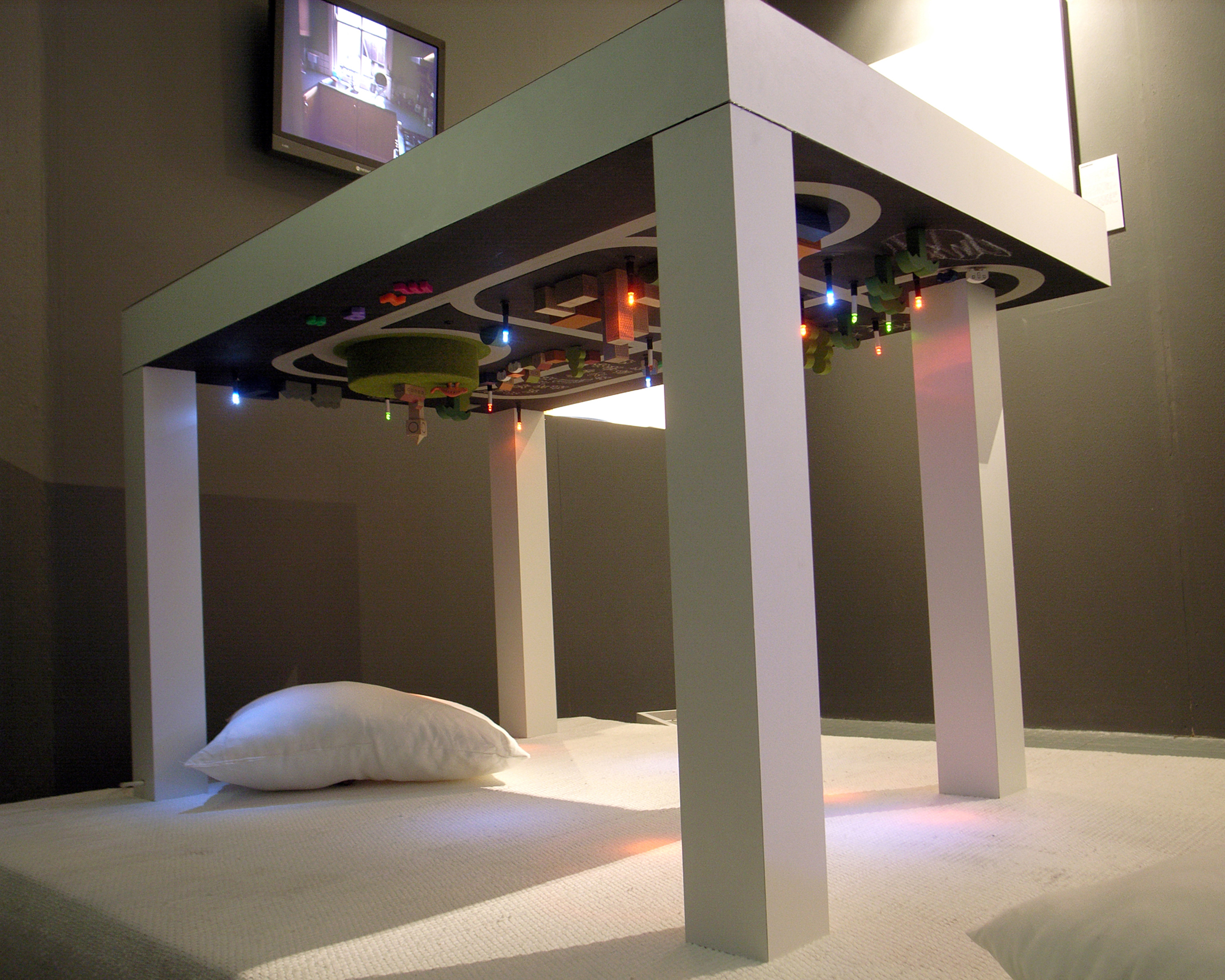 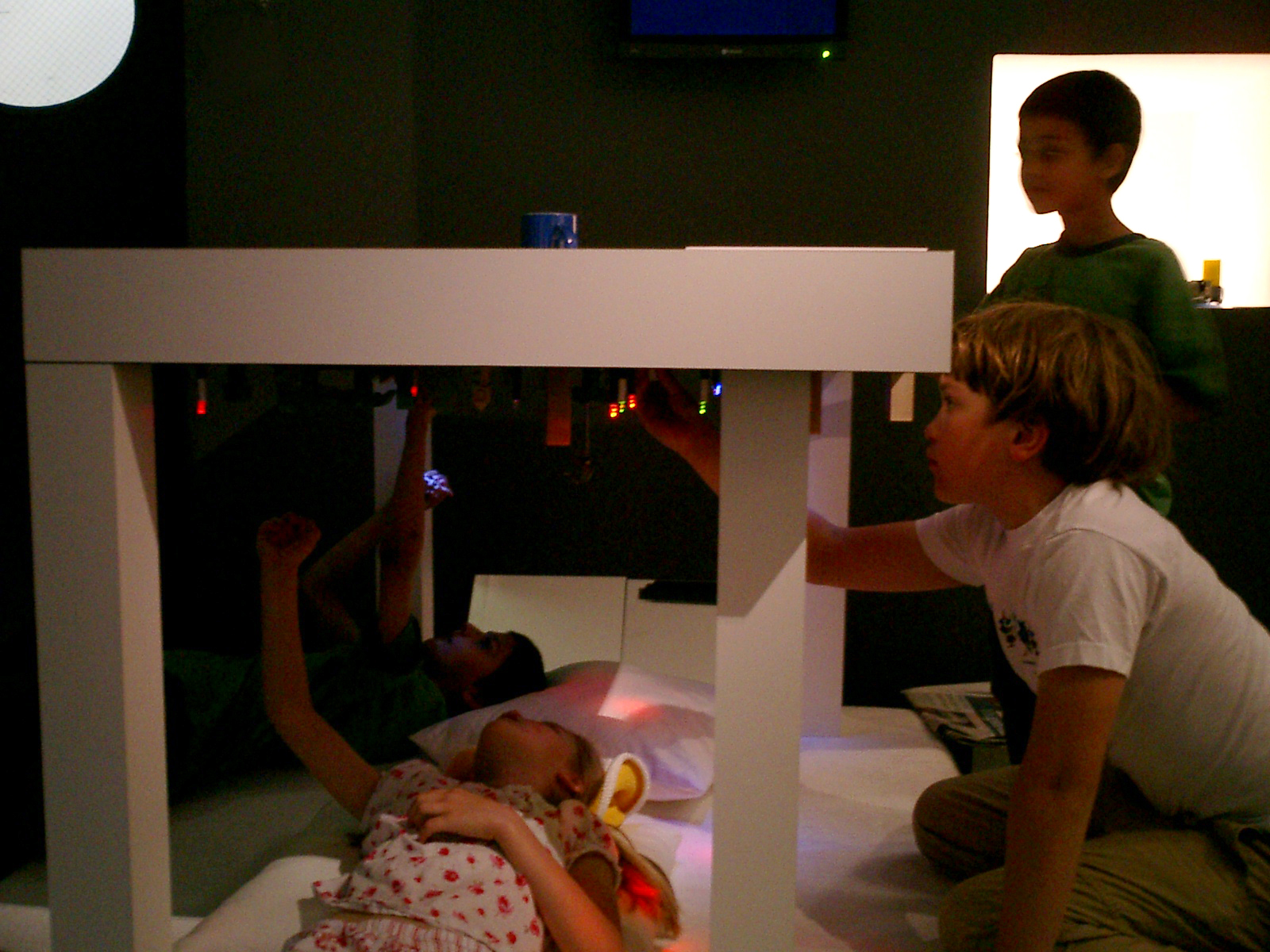