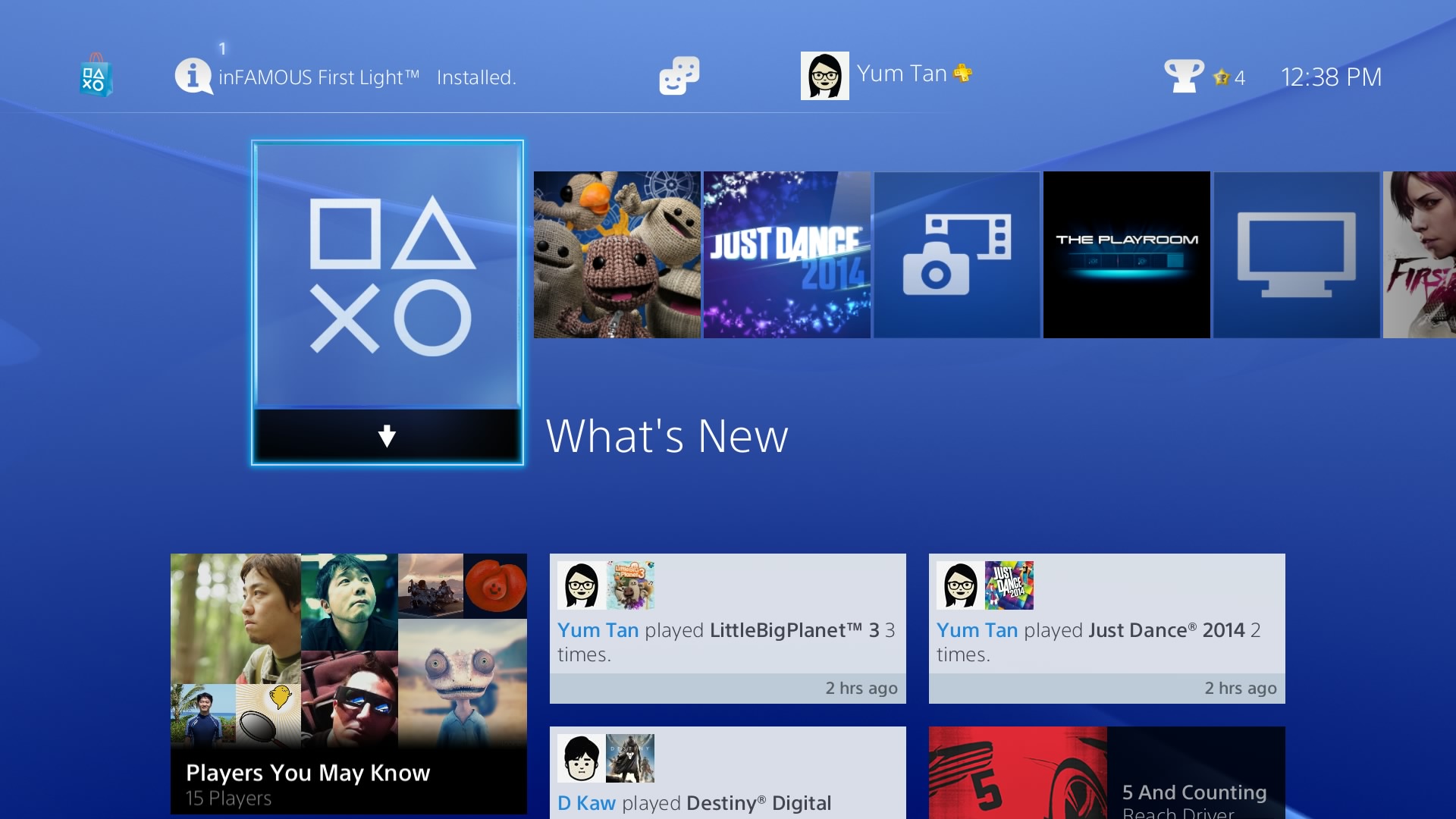 The brief
Design system UI for PlayStation4 that is a home video game consoles developed by Sony Interactive Entertainment. PlayStation decided to be away from their legacy UI called XrossMediaBar and look for new UI to support networked gaming activities on the new console .
Business owner defined the product visions in five keywords: Simple, Immediate, Integrated, Social and Personalised. We worked on UI concept that follows the strategy.

Prioritise use cases
We defined key use cases to decide the access priorities on functions on the console.

Game first
Gaming is the most important on the multi-function console. We game the quickest access to the recently played titles, which most likely the contents the user is heavily engaged.

Multitasking
Watching cheat video during a game play, listening musing while play games, chatting friends while play games are the common activities and the console should support these cases.

Supporting gamer's habit
Gamers usually highly engaged on one or two games titles and a few application at a time. It is important to have easy access to these contents that matter to them.

Propose UI structure
We created the UI by considering the key use cases and business requirements.

Content is king
The console is a device to play games. Easy accesses to the contents has the highest priority. We created a Content Launcher on the centre of the screen with a default highlight. It allows users to open something interesting even pressing 'enter' button blindly. Users should be able to start to interact with content without knowing how to navigate the system UI.

Simple button navigation
System UI needs to be navigated intuitively, so button navigation must be simple. We aimed to use only 'Directional', 'Enter', and 'Back' buttons and places the objects on the screen to suggest that. Extended functions are placed under 'option' button, which is physically placed and labelled on the controller and advanced users can find it easily.

Embed Live Information
The biggest upgrade from the previous console PlayStation3 to the next generation was the network features. We intended to expose live information in the UI to bring benefits from it. Although, we combined online and static information to keep some interestingness for offline use.

Seamless integrationt
Every content has related information with PlayStation friends and store items. By showing it with the content, these different types of information are seamlessly connected to interact. 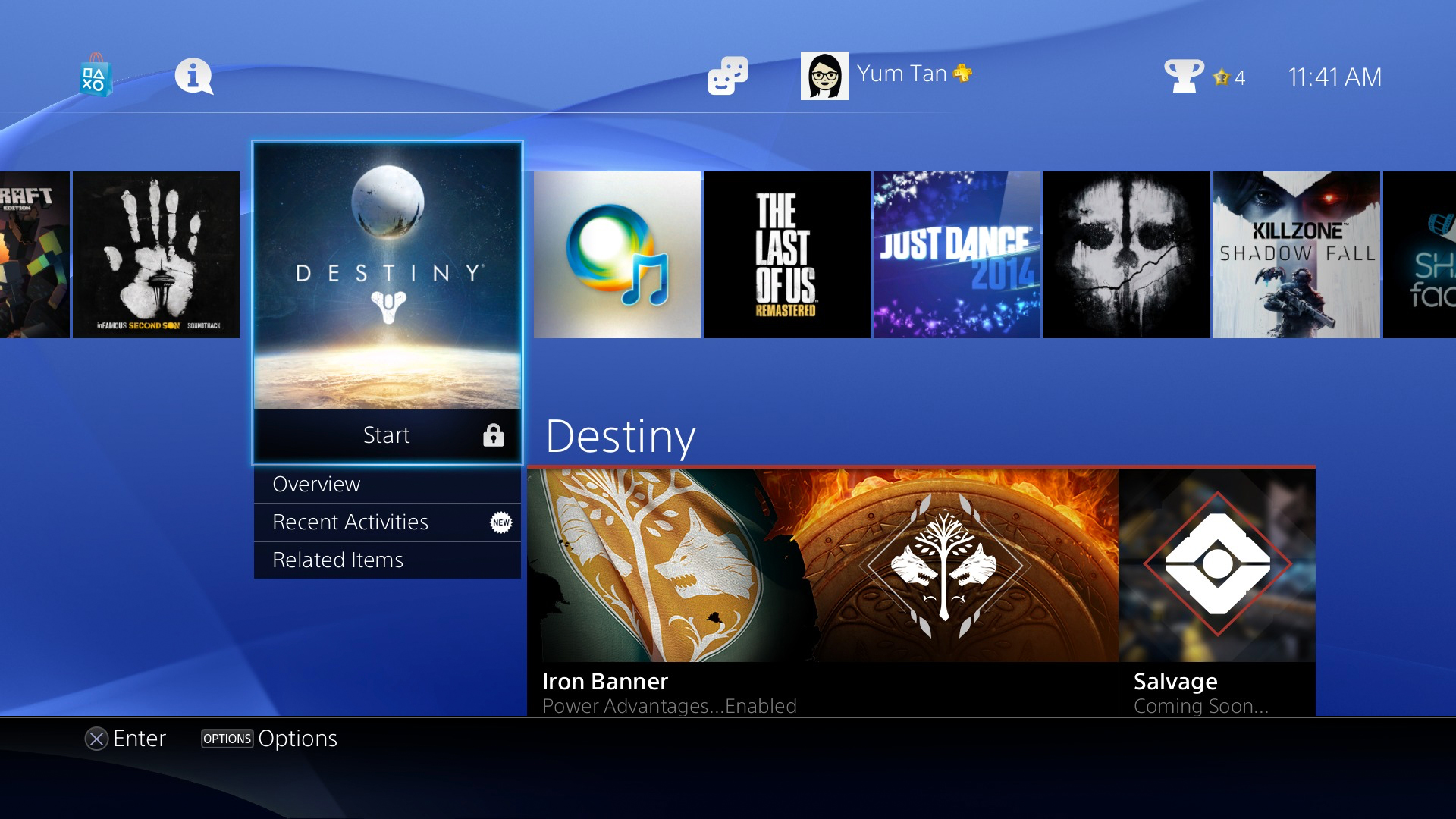 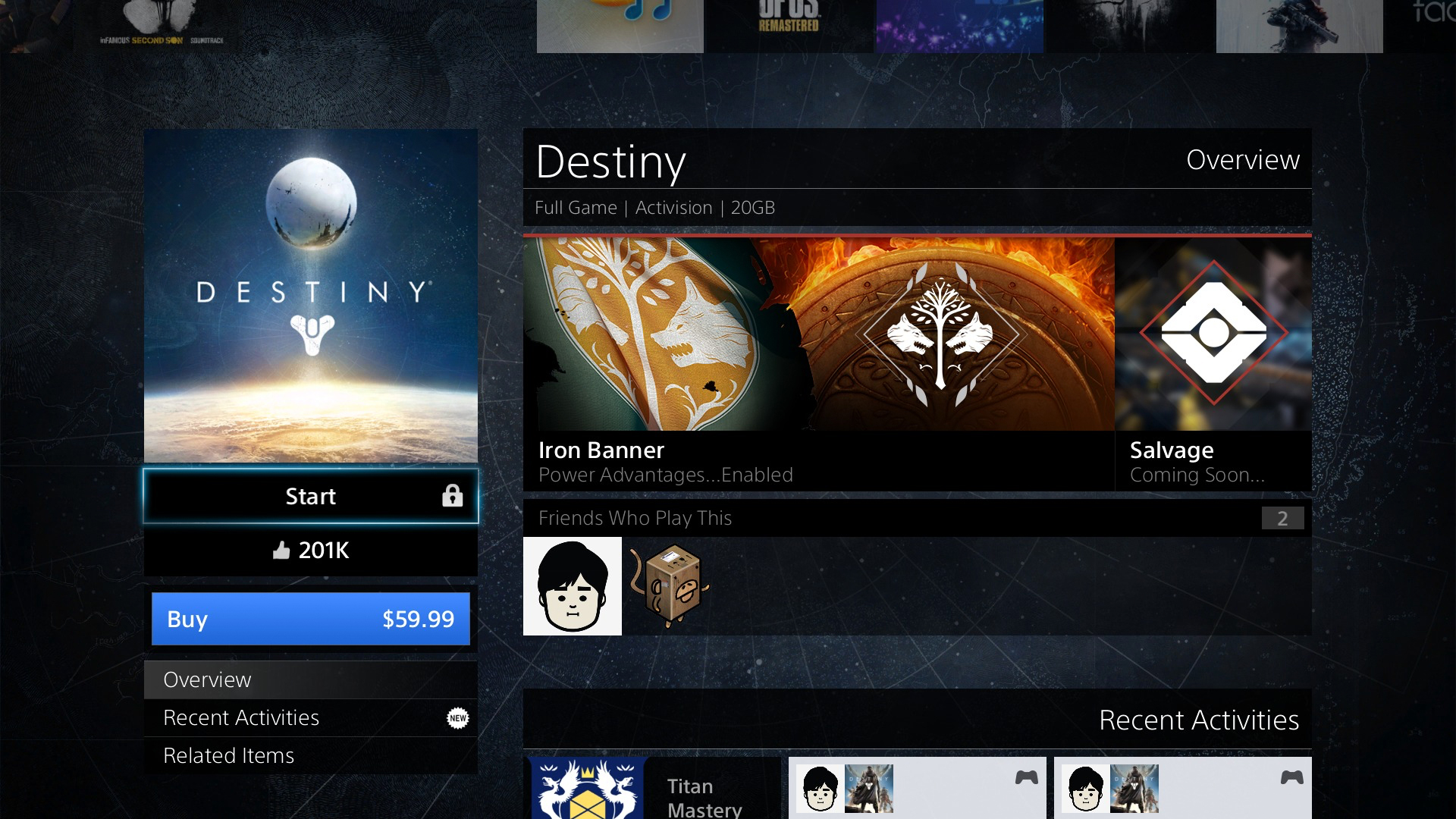 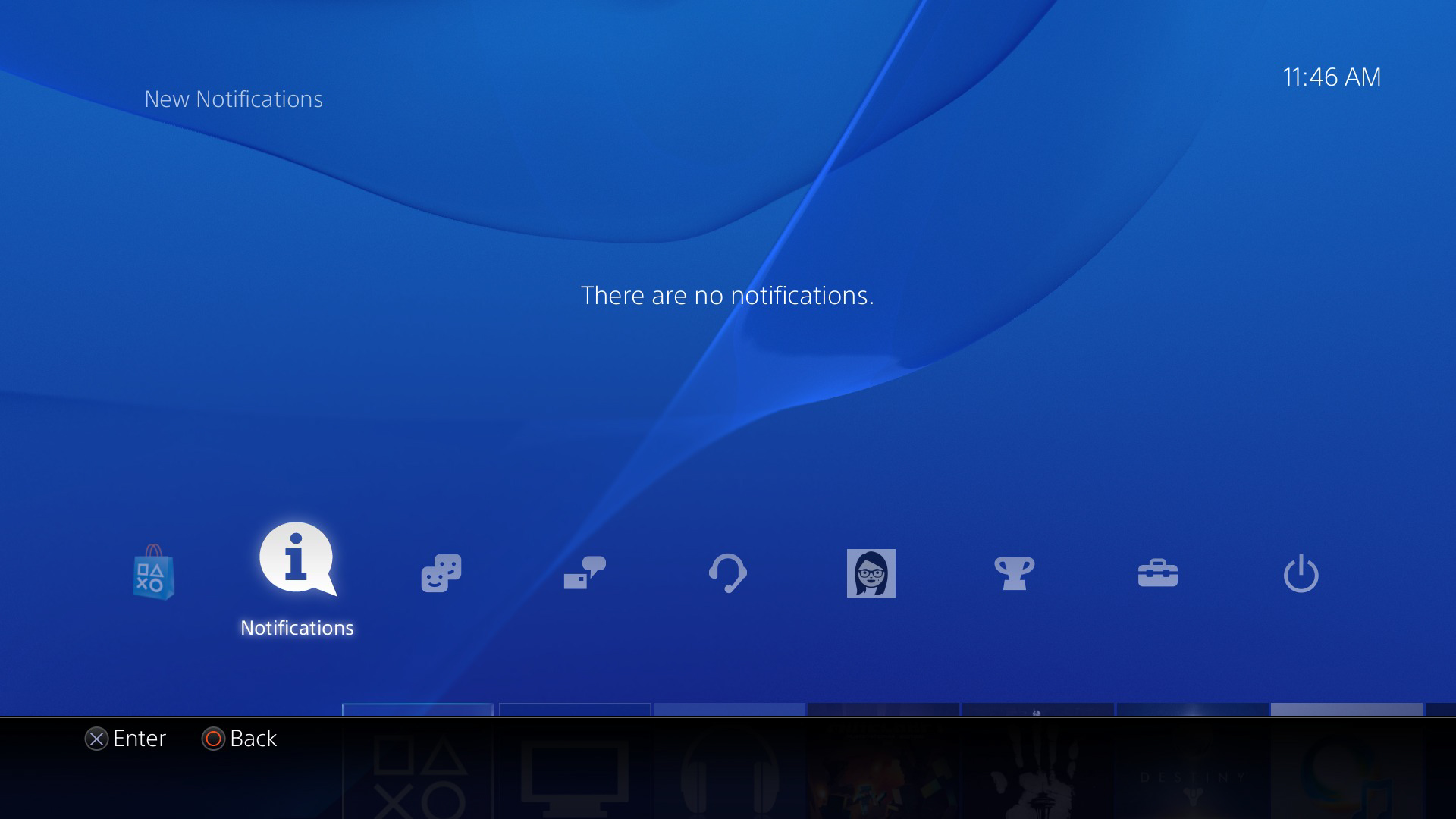